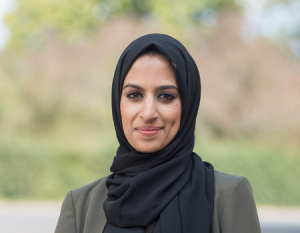 Dr Shahid is a General Practitioner and Chairperson of the Muslim Doctors Association. She qualified with a distinction in Medical Sciences at University College London with the first prize in Psychology, Sociology and Epidemiology. She holds a Bachelors of Science in Pharmacology from University College London, and a Masters of Science in Public Health from the London School of Hygiene and Tropical Medicine.

She works as a General Practitioner in London, and holds diplomas in women’s health, sexual and reproductive health and children’s health. She has an interest in chronic disease and elderly care, palliative care, mental health, public health and humanitarian medicine. She is an honorary clinical tutor at Imperial College Medical School and a GP Appraiser. She has worked in a number of research and humanitarian settings in Europe, Asian and the Middle East. Her MSc thesis was part of a UN project on the socioeconomic determinants of chronic disease among refugee populations in Lebanon.

She was the recipient of the British Muslim Awards for Services to Medicine in 2017 and was named as one of the top 100 influential Muslims in Britain in 2018. She was shortlisted for the Asian Women of Achievement Awards 2018 and is an Ambassador for the Women of the Future programme connecting students with role models to inspire the future generation of females. She was also the recipient for the Royal College of General Practitioners International Travel Scholarship in 2019 for her work in Palestine. She is a keen traveller and linguist and enjoys reading, yoga, swimming, and spending time with her family. She is currently studying Arabic and is enrolled on the Islamic Sciences programme at Al Salam Institute London.

Dr Abdulkareem is a General Practitioner and vice-chair of the Muslim Doctors Association. She completed her General Practitioner postgraduate training in Kent under the Kent, Surrey, Surrey, and Sussex deanery. She is a diplomate of the Royal College of Obstetricians and Gynecologists and holds a diploma in child health. She has a keen interest in mental health, evidence-based medicine, and patient advocacy.

She is co-founder and chair of the NHS Religion Equality Advisory Group Equality & Diversity (NHS REAG).

She is an active member of Syria Solidarity UK, a political advocacy group advocating for the protection of civilians in Syria and providing political solidarity for the people of Syria.

Outside of medicine and activism she enjoys hiking, road trips, and classical Arabic music and is a cat person.

Nabiha Butt is the Secretary for MDA. She graduated from Kingston University in 2017, completing her pre-registration training year in community pharmacy. She then moved into the hospital sector to gain experience. She completed her prescribing qualification at University College London (UCL) in 2021. Currently she works as a prescribing pharmacist for a company providing primary care services to the NHS based in London. She has a keen interest in organising community engagement and social events and has been involved in making arrangements for the annual gala dinners run by MDA. 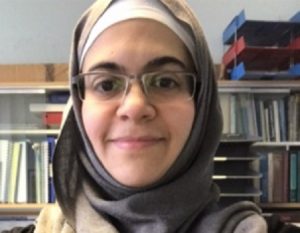 Dr Wiley read medicine at Downing College, Cambridge where she intercalated with a BA in Pathology graduating in 2007. She moved to London to start her Microbiology specialist training in 2009 which led to a Masters degree in Clinical Microbiology at Barts and The London in 2012. Following this, she moved to University College Hospital London to complete her registrar training. She is currently a microbiology consultant at Croydon University Hospital.

Alongside serving on the on the equality team of the MDA, she is an invited member of the British Medical Association Equality Diversity and Inclusion Advisory Group as well as the General Medical Council (GMC) Black and Ethnic Minority Forum. She is also a member of the British Islamic Medical Association and served on the executive committee from 2016-2019. Since joining the MDA in 2019, she cofounded the NHS Religion Equality Group which is the first representative umbrella body for NHS doctors from faith backgrounds.

Outside of medicine, she is also Vice Chair and founder of a multi-award winning voluntary organisation Muslim Women of Merton. MWM was founded in 2015 to give Muslim women a voice and a seat at the table. She is also a wife, mother, bookworm and coffee addict who can always be tempted out with the promise of afternoon tea and scones and chit chat.

Dr Huq studied Medicine at Kings College London, graduating with Distinctions in all categories and awarded the Proxime Assessit to the University of London Gold Medal Examination. She continued to train ambitiously throughout her training, gaining qualifications in Medical Education and has further successfully gained a role with the MRCPsych Quality Assurance panel.

She is currently specialising as a Psychiatrist, further sub-specialising in General Adult, Older Adult and Liaison Psychiatry. She has completed her training in North London, East London and is currently in Merseyside which have all offered her a diverse range of experience. She is particularly interested in the interface between the mind and body, and mental health issues in BAME communities. She has also completed basic training in the concepts of Islamic psychology and counselling to help marry spirituality and mental health.

Dr Huq has previously served as a medical advisor to a Muslim mental health charity and is currently volunteering for her mosque to highlight mental health issues in the Muslim community. She has appeared on YouTube channels, Islam Channel and produces monthly vodcasts with MDA on wide mental health themes for the community. 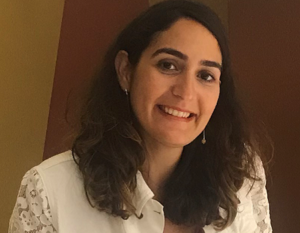 Following her qualification, she has worked as a General Practioner in London and was Clinical Lead at her last practice. She is now a London based locum GP

Dr. Toukan is a committed community practioner and is dedicated to improving the quality of life of her patients and in promoting healthcare beyond her clinical work through medical education and community engagement activities. She joined Muslim Doctor’s Association in November 2020 and is the lead for the Health Promotion stream.