The theme of the Gala Dinner this year was wellbeing and resilience in the Muslim community, carefully selected to reflect growing concerns around mental health, wellbeing and resilience faced by the Muslim community, both in the UK and globally. Globally brutal conflicts, oppression, persecution, famine and disease epidemics continue to claim lives on a daily basis. The psychosocial impacts of these traumas are only just beginning to be unpacked and the support structures currently in place are considered by many to be insufficient.

“1 in 4 adults and 1 in 10 children experience a mental health problem, and this is rising. The problem is more acute in British Muslim communities that face higher levels of deprivation and exclusion”

Closer to home, in the UK, 1 in 4 adults and 1 in 10 children experience a mental health problem, and this is rising. In the Muslim community that faces high levels of deprivation, discrimination and social exclusion, with an estimated 50% of British Muslims living in poverty, the situation is even more serious. This is coupled with rising Islamophobia which is increasing the burden of mental ill health. For those of us in caring professions looking after vulnerable and sick people, the mental health crisis is taking a hold on us too with increasing levels of stress, burnout, depression and suicide; you may have seen the headlines recently, with female doctors reported to be 4-6 times more likely to take their own lives compared to the general population. Our speakers shared their perspectives drawn from their widely varying experiences and expertise. We were also pleased to host a mental health fair supporting a number of charities leading the work in mental health in the Muslim community including Muslim Youth Helpline, The Muslim Counsellor and Psychotherapist Network, and Mind in Harrow. 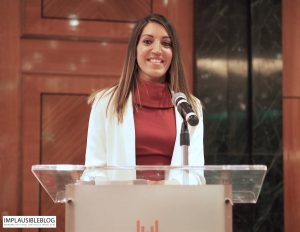 Dr Allin-Khan is a proud British Muslim but described how she continues to face questions around her Muslim identity, one of the commonest being “are you really Muslim?”, raising issues around perceptions, prejudice, identity and conformity. She spoke about her work as a doctor in Rohingya refugee camps and the heart-wrenching nature of her work where she treated sick children and women who were survivors of horrific sexual violence. “We must call a genocide a genocide” she affirmed, and this is what she has been campaigning on since returning from Bangladesh.

“Humanity has no borders”

Though the Rohingyas’ persecution is a textbook example of genocide spanning decades, it is shocking that the UN has only recently reported it as such, after millions have been displaced and killed. Dr Allin-Khan reminded us that “humanity has no borders” and we must all strive to fight for justice and equality regardless of who it affects and where. 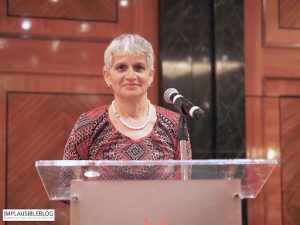 Professor Clare Gerada is the medical director of the NHS Practitioners Health Programme, an award winning, free and confidential NHS service for doctors and dentists with issues relating to a mental or physical health concern or addiction problem, in particular where these might affect their work. Professor Gerada reflected on the growing number of BME health professionals that are experiencing issues around their wellbeing and mental health. She spoke about historic discrimination against BME health professionals, which continues to this day and the implications this has in fitness to practice cases, where BME doctors are over represented. She highlighted that mental health problems in BME health professionals may manifest as performance issues and that of all doctors referred for performance issues 10% are Muslim. The reasons behind these are multi-factorial and need further exploration. She ended with practical advice on addressing issues around mental health and discrimination using a simple framework: “what can I /we /they do?”, because responsibility lies at all levels and requires a concerted effort for the system to change. 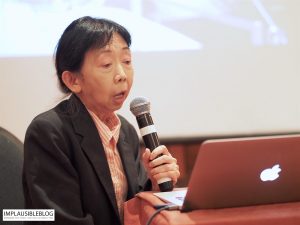 Dr Ang is Co-Founder and Patron of the charity Medical Aid for Palestinians and has worked in refugee camps in Lebanon, Gaza and the West Bank for the last 3 decades. During her talk she described her most recent flotilla visit to Gaza. She highlighted how in the last 6 month 248 health workers and 40 ambulances have been targeted, almost 20,000 have been wounded requiring almost 10,000 hours of complex reconstructive surgery, which she illustrated through graphic photos of her work. Dr Ang’s bravery, commitment and her “build and rebuild” attitude is an inspiration to us all, and she too reminded us of the earlier phrase “humanity has no boundaries”, reflecting on her work in a Christian hospital in Gaza treating predominantly Muslim patients. She left us with a profound quote “courage is not the absence of fear but moving beyond it inspired by truth and justice”.

“We keep building and rebuilding” 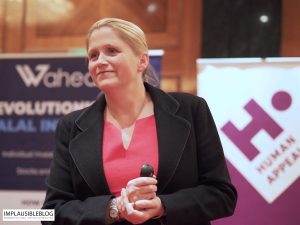 Surgeon Commander Kate Prior, is a consultant anaesthetist in the Royal Navy and Consultant at King’s College Hospital in London where she works in anaesthesia and major trauma.  Being an expert on the delivery of self and buddy first aid, the use of novel haemostatics and tourniquets in pre-hospital situations, she excels in teaching how these lessons learned from the battlefield can be translated into civilian practice. Dr Prior reflected on the intense physical and mental pressure she works under in the field, sometimes working with minimal resources. She reminded us how important is to check on our colleagues with a simple question “are you ok?”, which can often go a long way when someone might be suffering in silence.

“Always ask ‘are you ok?’ you never know who may be suffering in silence” 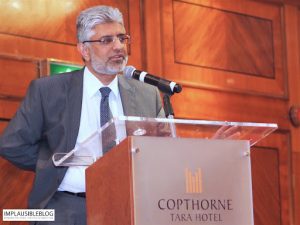 Dr Shazad Amin is a retired NHS Consultant in Adult Psychiatry and also works as a Court Expert Witness, mainly in the area of Clinical Negligence. He is also Chair of the Medical Practitioners Tribunal Service, which makes decisions about doctors’ fitness to practice. He is a Care Quality Commission Specialist Advisor and is also Chief Executive of Muslim Engagement & Development. Dr Amin gave an overview of the scale of Islamophobia in the UK and how it may manifest. He provided us with practical steps of what we can do to challenge Islamophobia, both individually and the need to promote greater civic, media and political engagement by British Muslims. 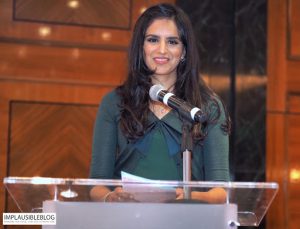 Dr Misbah Ali is a GP partner, humanitarian doctor and MDA’s mental health lead. Dr Ali described the prevalence of mental health problems in the UK and outlined issues specific to Muslim communities; including high level of stigma, cultural taboo, lack of awareness of mental health problems and services, atypical presentations, cultural ideas around supernatural phenomena, reliance on traditional faith healers and unqualified members of the community, and rising Islamophobia. She discussed a need for better awareness of mental health issues, training faith and community leaders and the need to discuss mental health issues in an open and non-judgemental way. She launched MDA’s mental health café initiative supported by Human Appeal to open conversations and reduce stigma. The cafes will provide an opportunity for peer and professional-led support, guidance and information on mental health issues and services, and contribute to discussions on how to improve awareness and access to services. We will be releasing more information on our first café in the next few weeks.

“We need better awareness and education around mental health issues” 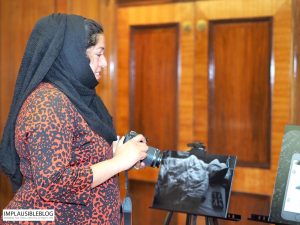 Parveen is an award-winning photojournalist who’s work “The Dark Side of Islamophobia” was exhibited at the Gala Dinner, documenting her experience with mental illness The collection has striking photos showing writing on her arm “not a terrorist”, photos of pills, her personal space, reports of Islamophobic incidents, powerfully capturing feelings of darkness, loneliness and helplessness. At the same there is defiance, strength and hope, through her self portrait as a photographer and photos with the Union Jack and the Quran.

Parveen described movingly and vividly, how Islamophobia triggered her mental illness resulting in a hospital admission on a psychiatric ward. She described the lack of understanding within the community around her mental illness and the reactions she received, ranging from being told she has a jinn inside her and exploitation by a traditional healer, to being told by an imam that depression does not exist in Islam and being told by personal contacts that she needed to have more faith and pray more, despite praying five times a day. She was left feeling lonely, helpless and guilty about her mental illness. She used her talk to urge religious leaders to start talking about mental health and depression and to reach out to the community and educate them about mental health and dispel commonly held cultural myths. Many of us shed tears on hearing her account and our hearts sank, but all rose up in unison to give a standing ovation to a woman who bravely shared her struggles on a public platform and made an impassionate plea for more action from the community.

The evening provoked much discussion and debate. So what can we take away from it all, and more importantly, what can we do about some of the issues that were discussed?

If you are interested in more information about the work that MDA is doing and/or would like to get involved please sign up to our newsletter or email [email protected].